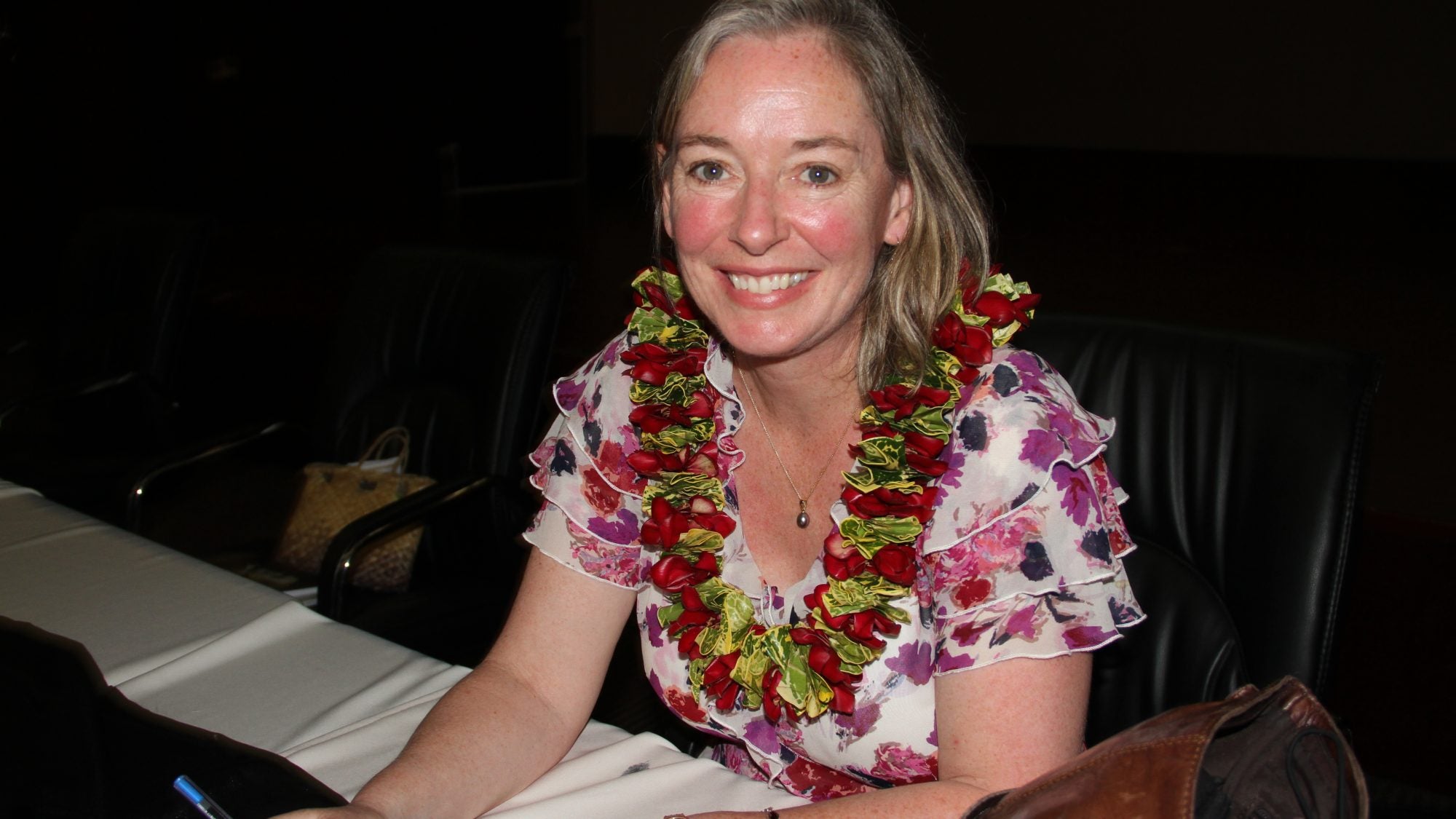 Dr. Patricia O’Brien is an Adjunct Professor in the Asian Studies Program at Georgetown University, teaching on Pacific pasts, presents and futures.

She is the author of Tautai: Sāmoa, World History and the Life and Ta’isi O. F. Nelson (2017), The Pacific Muse: Exotic Femininity and the Colonial Pacific (2006) and is co-editor with Joy Damousi of League of Nations: Histories, Legacies and Impact (2018). She has also written numerous other Pacific-focused works on gender, empire, violence and colonial cultural histories.

What courses do you teach? What are the central questions or themes that structure your courses?

Currently I am teaching a class titled “The Pacific: Pasts, Presents and Futures.” This class is aimed at establishing literacy in the Pacific Islands, their storied histories, and their complex presents. It takes students through the Indigenous human geographies in the Pacific, the coming of Europeans, and the establishment of spheres of influence through various economic and imperial activities. It pays close attention to the causes and consequences of power shifts, the imposition of imperial power and resistance to it, as well as the movement of people from Asia into the Pacific from the mid-nineteenth century. It then moves into the seismic events of World War Two and what happened in its aftermath, particularly the atomic testing programs conducted around the region and the long decades of neglect that followed. From here, the course looks at the reasons the Pacific Islands have returned to Western focus as the frontline of climate change, the massive and recent Chinese attention, and how COVID-19 has impacted the region and diasporic communities.

What are your research interests?

I have a career-long fascination with Pacific-centric histories that has taken a number of forms. My many research projects have focused on the Pacific in different ways. My first book, The Pacific Muse: Exotic Femininity and the Colonial Pacific (University of Washington Press, 2006) is a cultural history of colonialism and the role that colonial representations of gender, race, and sexuality played in augmenting imperial agendas. It also focuses on Indigenous women’s resistance to reductive colonial stereotypes. I then became increasingly interested in the interwar period and the role of the League of Nations in colonial governance and culture in the Pacific, which led me to research Australia’s rule of Papua and New Guinea. I was particularly interested in the role of violence, especially after World War One, when many veterans returned from European battlefields and went on to “pacify” Indigenous resistance in New Guinea. My research direction shifted to Samoa, and New Zealand’s rule over it when I was awarded the JD Stout Fellowship at Victoria University Wellington in 2012. This project resulted in an extraordinary time of researching and writing the biography of nationalist leader, Ta’isi O. F. Nelson. I worked very closely with his extended family, who were all critical to the book, Tautai: Samoa, World History and the Life of Ta’isi O. F. Nelson (University of Hawai’i, 2017) and many related publications.

Why is it important to study the Pacific Islands?

The Pacific Islands are a fascinating, unique, and incredibly culturally and historically rich part of the world. Even though I’ve been studying this region my whole career, I feel like I’m still at the tip of the iceberg in terms of what there still remains to know. Too often, especially in this part of the world, the islands are seen as worthy of attention only when there are strategic interests in play, as is happening now with the immense rise of China’s activities. The Indigenous cultures and histories, including their stories of resilience in the face of widespread colonial activities, have intrinsic value for all of us. The impacts of climate change threaten Pacific islands, as it does humanity everywhere, but the islands have been at the frontline of climate change and the threat is existential. Studying the Pacific islands brings home the urgency of the global problem and what is at stake.

What projects are you currently working on? What’s something interesting that you’ve learned recently from your research?

Over the past year, I’ve worked on a wide range of Pacific-related publications. I’ve dived back into my book project on Australia’s first Hollywood film star, Errol Flynn. I’ve previously published on his Hollywood rape trial, a very revealing moment about the man, America, and attitudes to women and race. I’ve also written ten articles for The Conversation since April on an array of topics from the 75th anniversary of American atomic testing in the Marshall Islands, the impact of COVID19, Australia’s relationship with Papua New Guinea, and Samoa’s constitutional crisis, as well as more “government policy relevant” articles on the 70th anniversary of ANZUS Treaty and the announcement of the AUKUS Agreement mid-September 2021. I’m also co-editing a volume with many Samoan scholars on the nation’s constitutional crisis.

What is your favorite part about teaching MASIA students?

MASIA students come to class with such a breadth of knowledge and thirst to know more. I’ve also been so impressed with their cultural respect and ongoing desire to engage in the Pacific after taking my class. Many students from my Spring 2021 class, for instance, have continued on Pacific-related work in their post-Georgetown lives. It is so gratifying to know that students I’ve taught want to step up and be part of the solutions needed for the Pacific Islanders as they face the very immediate existential threats of COVID-19 and climate change, and many more besides. At the official launch of Tautai: Sāmoa, World History and the Life and Ta’isi O. F. Nelson in Apia, Samoa, 2017. A gathering after the official New Zealand launch of Tautai by former PM Helen Clark. Front row middle is Masiofo Filifila Tamasese, Tui Atua Tupua Tamasese Ta’isi Efi (on my left), me and Tuala Tagaloa Tusani on my right amongst many many others.